What does the Mortgage Rate Hikes mean for Buyers & Sellers in Ontario? 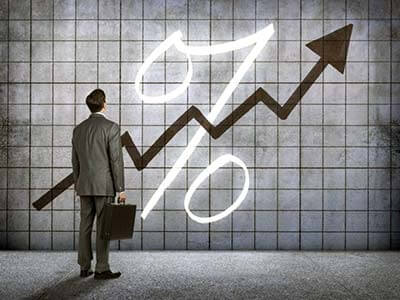 On June 1, the Bank of Canada raised key interest rates by half a percent. Speculators are saying that the BoC could raise those rates past 3%. Why? To help slow the inflation down, which hasn't been seen like this in years. The current inflation rate is at 6.8%, the highest it's been in 30 years.

During the pandemic, the Bank of Canada lowered the key interest rates to make credit affordable and available, especially as workplaces shut down and employment was scarce. Yet, the housing market started to boom, which surprised some people. How could people buy houses for sale when a quarter of the country needed emergency financial support?

The face of the matter was that people in higher-earning jobs were not as impacted by workplace shutdowns, especially in city centres like Toronto, Vancouver, and Montreal. Not only that, but because they shifted their work home, employees soon found a surplus of money that was no longer being spent on commuting, parking, and other expenses one incurs when working in an office environment.

As Canada opened up more, potential buyers found themselves with money to put in a down payment for a home, and buyers came out in droves to move away from city life to a property in the country, especially after feeling shut-in during the long months of the pandemic. That raised prices and created demand, and we began to see high prices on homes for sale in neighbourhoods where we weren't expected to see them.

Once the buyers came to the market, homeowners found themselves in a prime real estate market. They could sell their house and most likely get a tidy profit. Between January and October of 2021, more than 580,000 homes were bought and sold, according to the CPA. As buyers created the demand, more than enough sellers were ready to match that demand.

Will, the Bank of Canada, increasing the interest rates pop the bubble that the housing market finds itself in? Beware of anyone saying one thing or another is a sure thing. However, the re-elected Ford government does have the recommendations of the Ontario Housing Affordability Task Force. One of those recommendations is that Ontario should aim for 1.5 million new homes built in the next ten years. As more housing units are built, one of the stress factors that informs a crash will be alleviated. Not only that, but house prices do have room to fall even more. 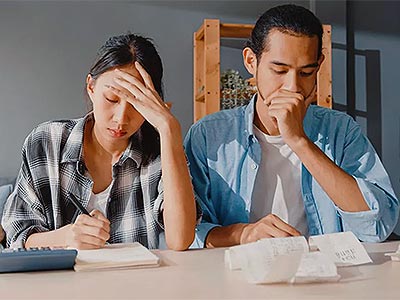 What does Mortgage Rate Hikes mean for Homebuyers?

When the Bank of Canada first raised its rates in March, house prices started to cool down, which was a small rate hike to 0.5%. Now, buyers are getting cold feet. Not only that, but willing buyers are finding themselves with less of a budget than they had before. Buyers should be getting their finances stress-tested, but the stress test is currently sitting at 5.25%, almost half a percentage more than it was. So while buyers may feel like they're being priced out of the current real estate market that seemed so inclusive not too long ago, this will be a good thing at the end of the day.

This increase in the stress test level was made to slow down the rising level of home values. As it slows down, pricing returns to more reasonable levels, which makes it easier than it had been for first-time buyers entering the real estate market.

Some buyers will pause on buying until things level off, while others may find themselves going to credit unions or private lenders to get the budget they desire.

Keeping an eye on the market, its recent history and some forecasts might help buyers feel more comfortable cooling their heels and seeing the outcome of this interest rate hike and if the rumours are true about another one. But, on the other hand, if buyers are in a position to wait things out, they may find that they'll be glad they did in the long run. 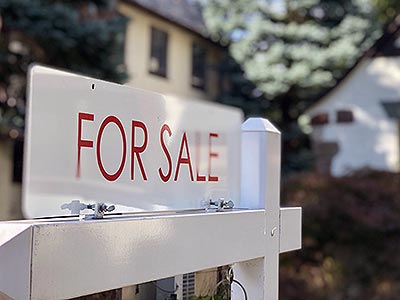 What does Mortgage Rate Hikes mean for Sellers?

Sellers will undoubtedly find more reasons to worry with a higher interest rate. The number of potential buyers will probably drop, and expectations for a profit on the home being sold may have to be managed. Buyers will have their finances stress-tested, and that stress test has also increased recently.

Demand is falling already; home prices fell 6% in April, the second month in a row that prices dropped. However, prices are still up from 2021 by about 7%, and in city centres like Toronto, the prices haven't dropped as significantly.

The fact remains that sellers can't put the same number on their homes that they may have at the end of 2021 or the beginning of 2022, especially if the Bank of Canada does follow through on yet another interest rate hike. Sellers will also find that buyers are going to be the ones to make demands and not sellers.

Buyers who have previously been preapproved may not be in the same position with the new interest rates, which will impact the seller's ability to sell. In addition, sellers may find themselves in a situation where their house is back on the market due to a buyer's disqualification for a mortgage.

Remember, too, that most home sellers ultimately become homebuyers. Therefore, a realistic buying plan after selling your home is critical to set in place.

There may be some more changes as the Bank of Canada works to bring down inflation, but working with professionals like mortgage brokers will alleviate individual stress as they'll be able to shop around for the best rates.

A quick and easy solution to monitor when new homes hit the real estate market ...